Brian Sigafoos About me

On being a PeacePlayer in Jerusalem

Running basketball camps for Israeli and Palestian children in the morning. Playing basketball in the Palestinian pro league at night.

That’s the life of Brian Sigafoos, a Harvard-educated 7-footer from New Jersey and one of several American program directors for PeacePlayers.

After a stress fracture during his senior year at Harvard derailed his NBA dreams, Sigafoos roamed the world, playing in Portugal for 40 days, in Denmark for a season, with the USBL New Jersey Flyers in the summer and even in Taiwan. Eventually, he found himself in Lebanon and enchanted with the Middle East. That was when he first read about PeacePlayers.

He desperately wanted to become a director for the program, but his timing couldn’t have been worse. Hezbollah was launching rockets into Israel, and Israel was retaliating full on.

Sigafoos persevered, buying his own plane ticket and traveling to Israel, hoping for something to break. While PeacePlayers waited for the bombing to end, Sigafoos needed a job. Two weeks into his stay, he met the coach of a pro club in Ramallah inside the West Bank and was offered an apartment, food and a starting job for the local team – the Orthodox Ramallah Club – as long as he would play for free. 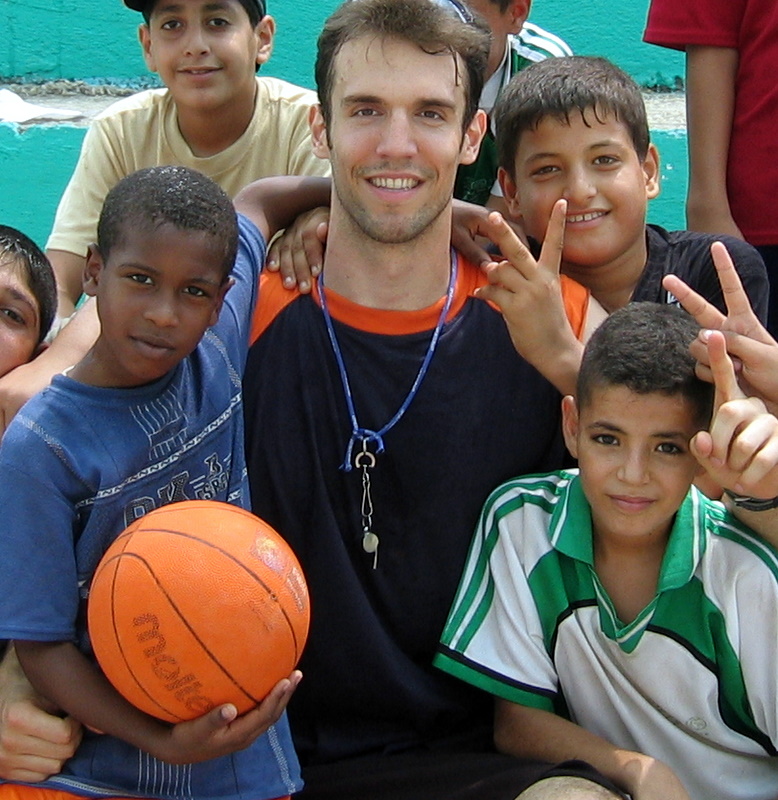 A year later, Sigafoos is treated like royalty in Ramallah and has become the face of PeacePlayers' BasketPal program in the West Bank. He speaks eloquently about both the conflict and basketball. He avoids the angry mobs that sometimes appear at his games, and he’s developed a strong relationship with the kids in Tulkarm, Jericho and East Jerusalem.

“You come here with one impression about the place and the people,” Sigafoos says. “But it’s totally erased when you’re here. The people are better than you’d think. The conflict is more complicated that it appears from the outside. But most of all, you just see a lot of people trying to create a normal life out of an extraordinary situation. 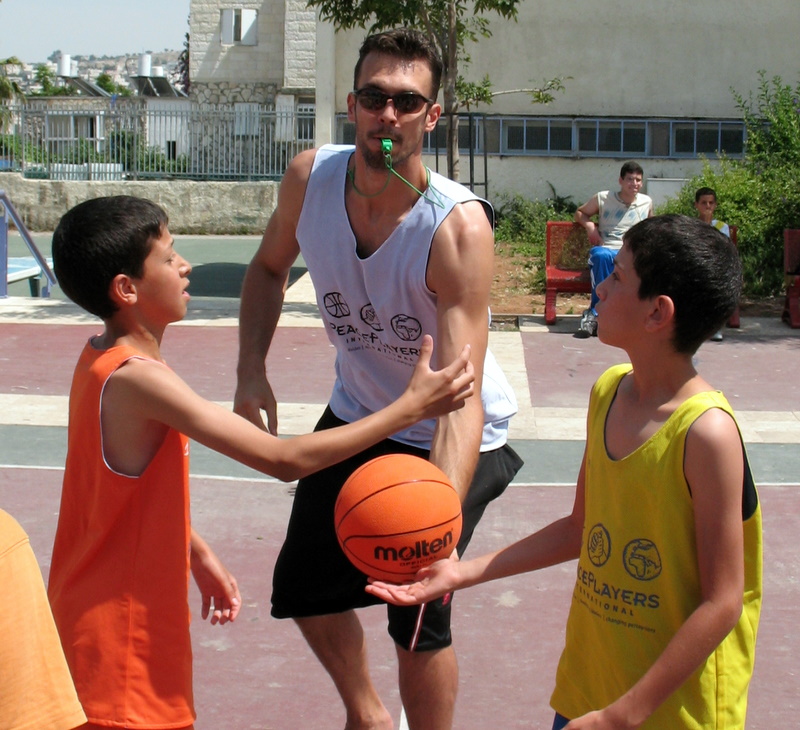 “My work for PeacePlayers has been so rewarding to me personally because of the challenges we face on a daily basis. It’s hard to make a difference in the larger context of the conflict. We’re not overreaching or deluding ourselves in that way. What we can do, as a small and passionate grassroots organization, is make a real difference in the lives of everyone we work with. PPI is succeeding and creating positive change among our players and coaches because of the talent and passion of the entire PPI staff, especially our local coaches, for change and for a better future.”